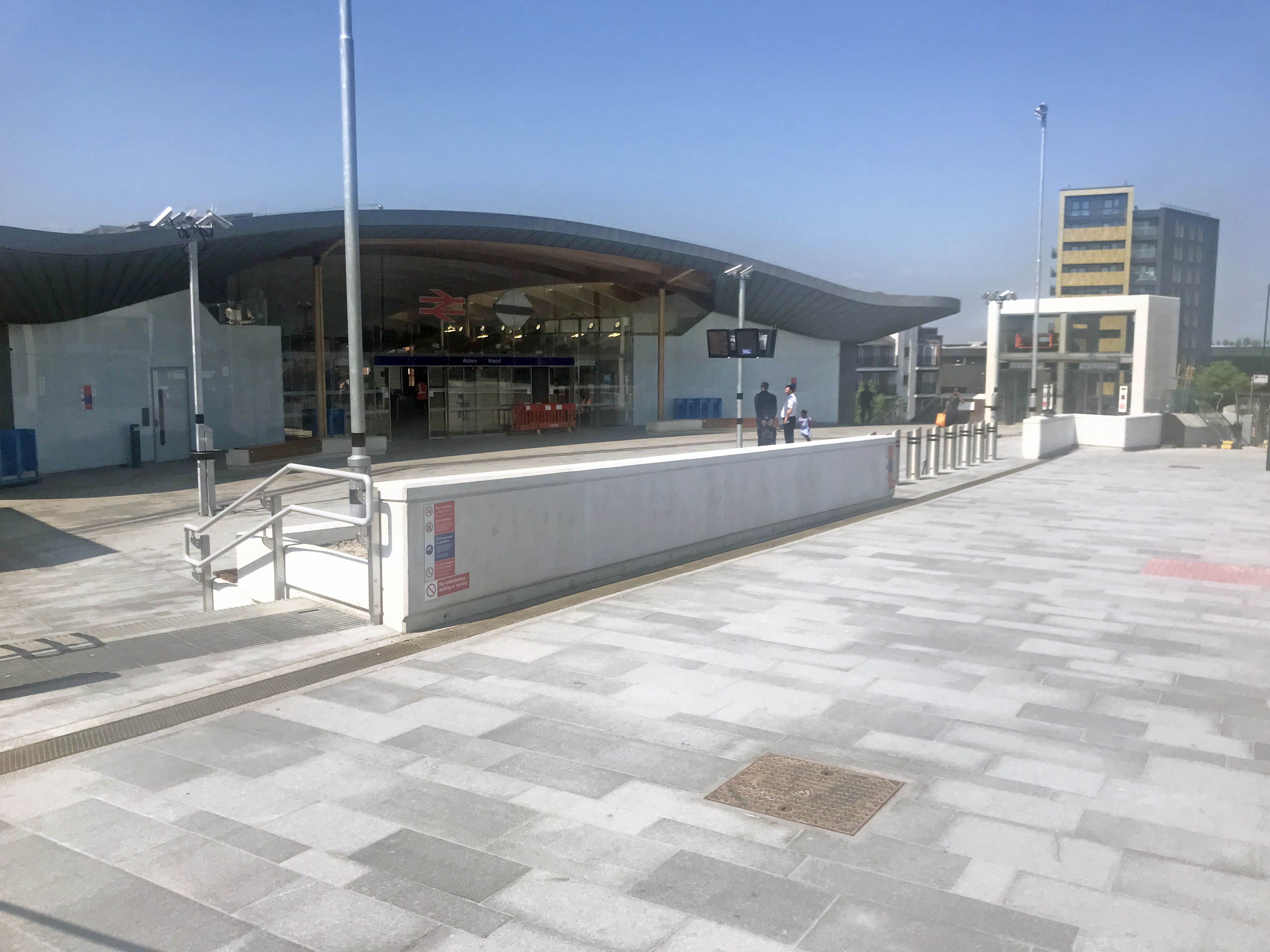 After a major 4-year re-build, Abbey Wood Station, in London’s south-east suburb of Abbey Wood, opened October 2017 as a new state-of-the-art rail station. The old station’s existing rail link had been upgraded and re-routed to facilitate the installation and integration for parallel running of Crossrail’s new rail route, the Elizabeth line.

The construction of new Abbey Wood Station, by principal contractor Balfour Beatty, formed part of Crossrail’s ‘South East Section Project’ rail upgrade plan, for south east London’s new transport links. The transformation of Abbey Wood Station as one of the new Elizabeth line stations included; construction of an interim station; demolition of the old station; re-construction of the new station; installation of 2 new Crossrail tracks, 2 new footbridges and 2 new island platforms for step-free access to both the existing and new lines via 6 new purpose-built lifts. The new rail route will run directly through central London to new destinations, from Reading and Heathrow in the west to Shenfield and Abbey Wood in the east. 
USL Ekspan’s programme of works on this project was carried out in two phases, concurrently with other associated contractors working on site.