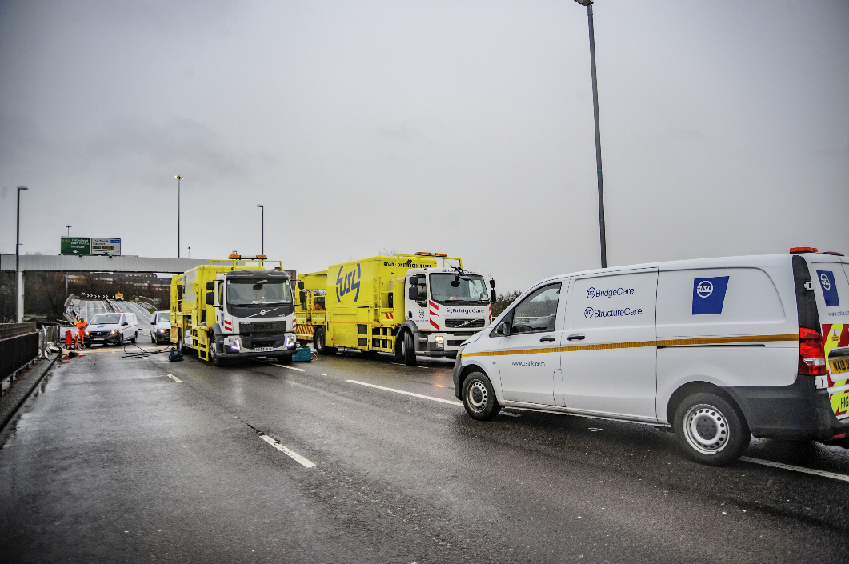 USL Ekspan were contracted by Gateshead Council to replace 60 metres of existing Euroflex reinforced elastomeric expansion joints on the Redheugh Bridge. This structure carries the A6082 over the River Tyne and is one of the main arteries bringing traffic from the A1 into the busy city of Newcastle.  Due to this being such a vital route, the works had to be undertaken over two separate weekend closures from 10pm Friday night to 5am Monday morning to minimise disruption. 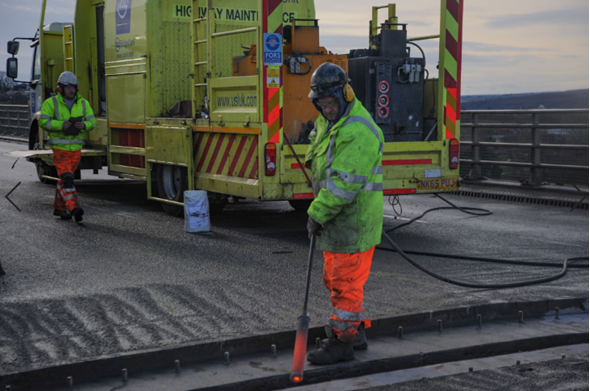 USL Ekspan removed the existing Euroflex mat expansion joints and installed our new next generation Transflex TR range at all four locations on the structure.  This included the TR180, TR270 and TR380 systems.  Despite the testing conditions brought by Storm Dennis, USL Ekspan completed these works ahead of programme and within budget creating another great reference for the next generation Transflex system. 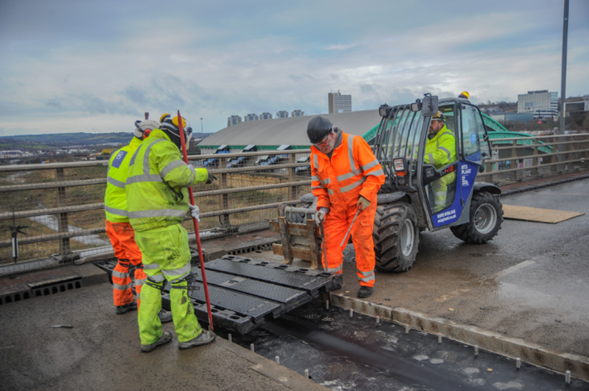 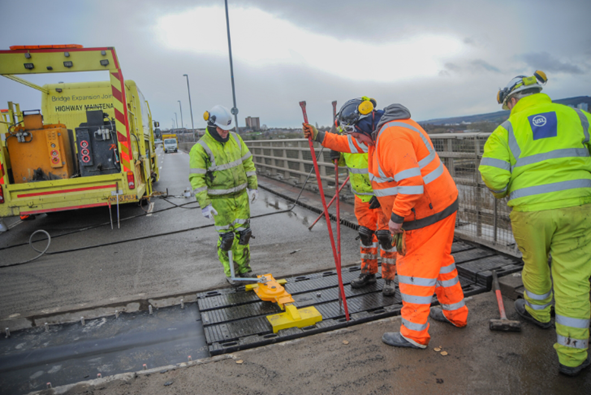