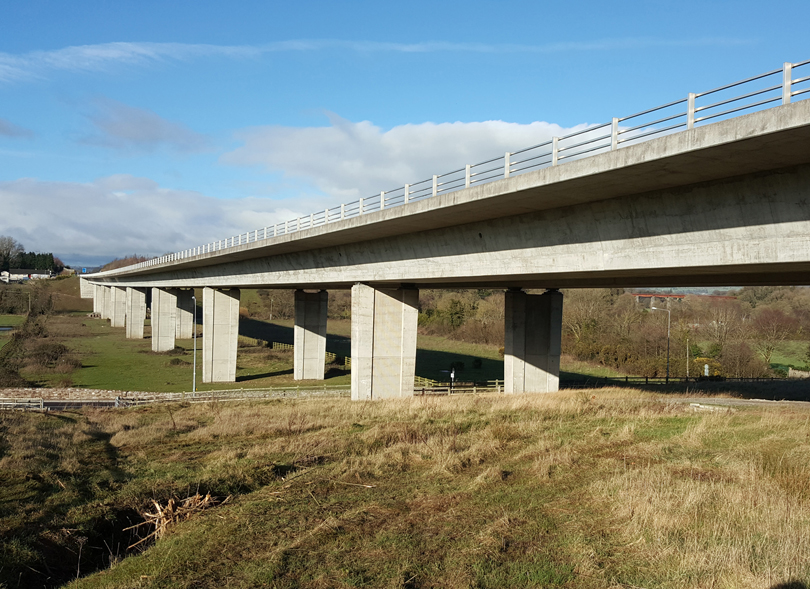 The Fermoy Bypass (circa 450m long) located on the M8 motorway approximately 20km north of Cork, is a multiple span concrete post-tensioned bridge carrying the M8 motorway over the River Blackwater. The M8 forms part of the main link for traffic commuting from Dublin to Cork city. This structure was built and is maintained by Direct Route (contractors for the PPP Project M8 Fermoy/Rathcormac Bypass). Following an in-depth independent investigation, requested by Direct Route, findings revealed the existing joints on the southern abutment in both directions had failed. Measurements and readings taken exposed considerable abnormal shrinkage and creep on the joints, and prestress had caused elastic shortening of the deck. The temperature differences and movement ranges had exceeded the capacity of the movement joint for this bridge, making the existing joints non-functional and proving these, through collated data, to be either an incorrect joint type or incorrectly installed. Direct Route required these joints renewing with a suitable joint system to accommodate the more than originally anticipated movement range for the M8 Fermoy Bypass. 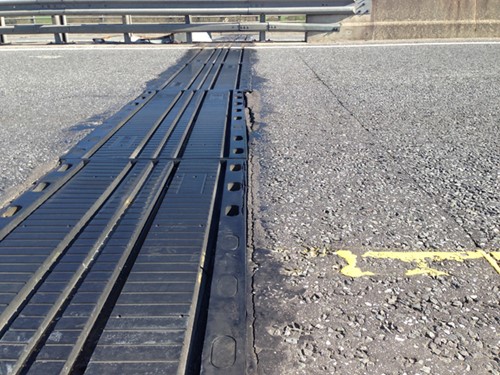 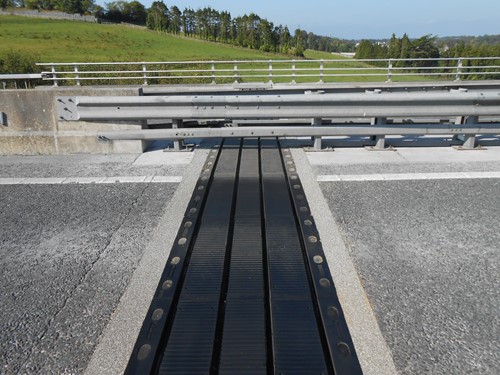 USL Ekspan’s inspection had also verified the failing of the south abutment expansion joints and their incapability to achieve the designed bridge movements or accommodate the bridge expansion gap between the deck and abutment ballast wall. This inadequacy had forced the joint fixings to rotate and shear due to the bridge’s large thermal movements and the loads/speeds of vehicles travelling across.

The joint was audible and sporadic bouncing was visible during transit. Eventually this would result in the joint lifting out of the road, creating a catastrophic hazard to motorists, especially motorbikes. The north abutment joints had deteriorated, not to the same extent, but also required maintenance as these too were likely to fail in the same way. 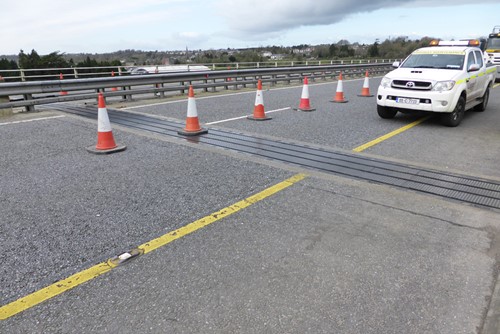 This project was successfully coordinated and completed in line with lane closures, on time and to budget.