Supply and installation of 2no. Ekspan T-Mat 80 expansion joints totalling a length 97.6m The Aberdeen Western Peripheral Route (AWPR) is the construction of a new 58km long road developed to solve the strategic transport issues between Aberdeen and the North East. The new route will improve accessibility between townships in the North, South and West of Aberdeen; reduce journey times and ease traffic congestion on the major intersecting roads, including the A90 between Stonehaven and Aberdeen city.

The construction of the new road consisted of four sections, one of which was the Balmedie to Tipperty road (12km from Blackdog to Tipperty). This road was a single carriageway, heavily affected with approximately 22,000 vehicular crossings per day. To overcome the consequential bottleneck, a new 9km dual carriageway was constructed to replace the existing single carriageway. 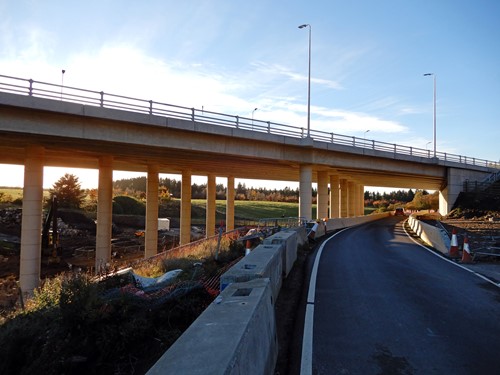 As part of the new Balmedie to Tipperty road section, USL Ekspan were contracted by AWPR CJV to supply and install T-Mat 80 expansion joints on structure PS11A.

Cover plates required for the kerb kick-ups adjoining the expansion joint also had to be designed and manufactured to accommodate the skew angle of the bridge, at a 30 degree angle square to the joint. 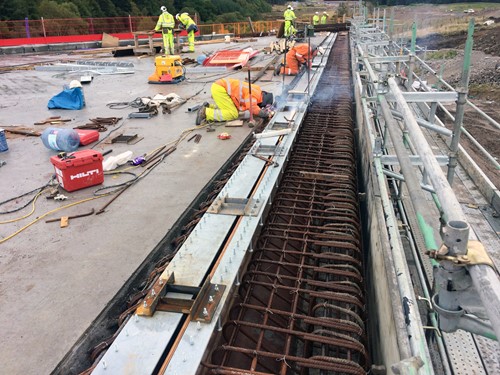 USL Ekspan’s programme of works included manufacture and delivery of the joints to site; the fabrication and weld-installation of the sub-frame steelwork rails as separate sections to a maximum length of 6.0m; lifting into position of the expansion joint rail followed by the corresponding steel sub-frame. Once positioned the two halves were welded together ensuring the correct levels and locations had been achieved in agreement with AWPR JV, prior to installation of the T-Mat 80 joint. The joints were cut to the correct length, positioned and installed onto the sub-frame rails and secondary seal, with final application of nosing mortar and antiskid. 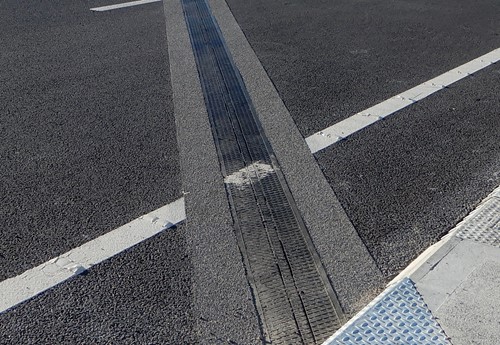 
Structure PS11A had a total length of 97.6m of Ekspan T-Mat 80 expansion joints installed. The installed joint lengths on both the north abutment and south abutments were respectively 55.4m and 42.2m.